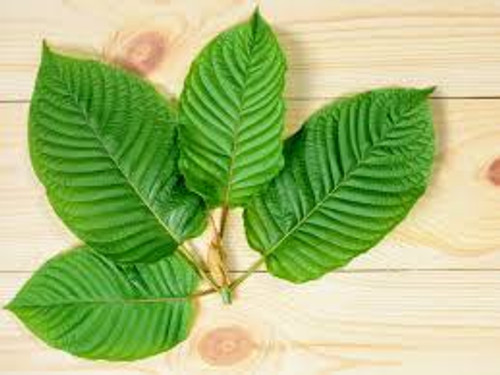 WE NOW OFFER PURE, UNDADULTERATED KRATOM FRESH FROM THE FARM IN INDONESIA!

Kratom is now available through us by the ounce or by the pound.  It is fresh and pure, and has been used in traditional medicine in tropical countries for thousands of years.  It's used for relaxation, depression, and pain relief. It was made illegal in Thailand during the opium wars because it was so successful in getting people off opiate addictions it was cutting into the opium trade. Thailand is just now relaxing those laws. Our KRATOM is not mixed with anything else, it's a very finely ground leaf of a plant related to coffee.  We can only ship to certain states, if Kratom is illegal in your state or city we're sorry we cannot ship to you.  Price is ten dollars per ounce, $50 per half pound (8 ounces)  or $95 per pound.(16 ounces).

Our Kratom is sold for research and education purposes only; we do not recommend you consume it, and are not diagnosing, prescribing, or treating any disease.  Please see your doctor if you have pain or health issues.  We are not giving medical advice.

Some people mix a heaping tablespoon of Kratom with about a quarter cup of fruit juice by shaking vigorously in a small jar.  and use it with some food in their stomach, not on an empty stomach, then follow with a spoonful of yogurt to remove the bitter taste. It's said grapefruit juice makes it stronger.  They also use a fiber or colon cleansing herbal supplement with a full glass of water any time the same day to counteract possible constipation when used regularly. Like any herbal supplement, dosage is individual and can vary from batch to batch.  People measure each dose, write it down, then note an hour later the effects. We've read that if someone takes too much, it can cause vomiting. This info is offerred for educational purposes; it's not a suggestion to consume it.

Right now, the pricing is set up to deeply discount your order once you order eight ounces or more.  Please let us know about any problems with the shopping cart:  541-201-0808

Cities of:  Sarasota, Florida   Jerseyville, Illinois  Denver, Colorado or any other illegal city.

You must be 18 years of age or older to order and you are responsible for not breaking your local laws.  We cannot be held responsible for being updated on every kratom law everywhere.

Kratom is the common name for Mitragyna speciosa, a tropical evergreen native to the marshy jungles of Southeast Asia. It grows wild in central and southern Thailand, Malaysia, Indonesia, Myanmar, and elsewhere in the Pacific Rim.

Known for its hanging clusters of deep yellow flowers and reaching up to 42 feet (13 meters) in height, kratom has numerous uses in folk medicine. Traditionally, the broad green leaves are plucked by hand and dried in the sun, to be brewed as a tea or pulverized and swallowed with water.

Since the beginning of the 21st century, kratom has increased in visibility around the world. Regular users see it as an invaluable aid for mental and physical health, while others enjoy its dual recreational value as a stimulant or sedative-narcotic (depending on the dose).

It’s not clear when kratom use began, but the practice is thought to be ancient.[1][2] In its native growing regions, leaves from the plant may be used to numb aches and pains, soothe fevers, treat diarrhea, manage diabetes, and alleviate addiction. They have also been applied as poultices to wounds or spread across the abdomen to drive out worms.[3]

Perhaps the most popular use has been to chew on the leaves for energy—similar to the way coca is used in the Andes. In Thailand, peasant workers have been known to chew up to ten times a day while working outside in the sun.[4]

From at least as far back as the early 19th century in Malaysia, kratom has also been used as a sedative—especially as a replacement for opium.[5]

Amid growing enthusiasm for kratom’s medical potential, the active constituent mitragynine was isolated in 1921 and tested on humans in 1932. It was likened to cocaine for its stimulant effects on the central nervous system.[5]

By the early 1940s, the government of Thailand was seeing a massive decline in opium tax revenue.[6] Evidently, addicts were turning to kratom—an unregulated drug—to manage their withdrawal symptoms. The Kratom Act was passed in August 1943, forbidding anyone from cultivating the plant and ordering all existing specimens destroyed.[1]

Elsewhere, scientific interest prevailed. More than 20 alkaloids were isolated during the 1960s and, in 1994, the second of kratom’s primary active compounds was identified: 7-hydroxymitragynine.[4][5] The following year saw the first synthesis of mitragynine.[7]

Public awareness of kratom flourished throughout the early 2000s, mainly via online message boards. In 2005, however, both M. speciosaand mitragynine were scheduled in Australia, banning them for sale or possession without a license.[2] Enforcement of the Kratom Act also ramped up in Thailand, where arrests quintupled between 2005 and 2009.[6] In 2012, when Thai police ordered the destruction of hundreds of wild kratom trees in a protected area of forest in Satun Province, locals resisted their attempts.[8]

In the United States, various advocacy and campaign groups, including the American Kratom Association, Botanical Education Alliance, and United Kratom Association, have sprung up to safeguard kratom’s legality. Thanks to efforts like theirs, the DEA was forced to withdraw an August 2016 “notice of intent” to place kratom into Schedule I of the Controlled Substances Act.[9][10]